As the first Lutheran woman hymn writer, and that with an illustrious entry within the very earliest of the Lutheran hymnals, Elisabeth Cruciger is a source of fascination for any who love the Lutheran chorales. Her hymn, “Lord Christ, God’s Only Dear Son” (“Herr Christ, der einig Gotts Sohn”), found in LSB, No. 402, as “The Only Son from Heaven,” is among the brightest lights of the Lutheran chorale tradition. This lovely composition melds the modified tune of a secular love song with a text of supreme devotion to God, reflecting the mystical tradition that contributed to and in many ways enlivened Luther’s Reformation.

But if you’ve ever done a Google search for Elisabeth Cruciger, you have certainly come across this portrait: 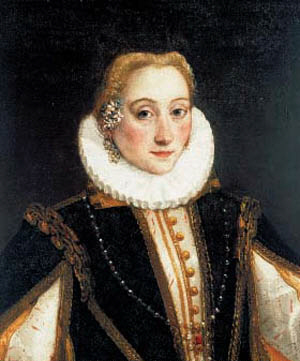 Many assume, reasonably enough, that this is a portrait of Elisabeth Cruciger herself. The style, though, betrays it as a later piece. As it turns out, this is in fact a portrait of Italian humanist and Reformation supporter Olympia Fulvia Morata (see her entry on Wikipedia), who flourished some 20 years after Elisabeth Cruciger.

How did this portrait come to be associated with Elisabeth Cruciger? As best I can tell, there was a German-language publication on the women of the Reformation that included both Elisabeth Cruciger and Olympia Fulvia Morata. The latter’s portrait, attractive as it is, was used as cover art, and through the association of the two figures, the portrait began popping up on Google searches for Elisabeth Cruciger.

Does anyone have any more information on the provenance of this portrait? Is there any possibility of tracking down a genuine portrait of Elisabeth Cruciger herself?

This site uses Akismet to reduce spam. Learn how your comment data is processed.